If you ever plan to copy and build this interface, you could also refer to the newest version MGV136/MGV137 combination.

The new interface will be available as factory made printed circuit.

Next news is that also for MGV84s, new software (freeware) will be available shortly, making it possible to adjust left an right angle of the servo, the running speed, and relay choice.

This is all done while the MGV84s remains connected as usual to MGV50.

No extra connection or anything is to be made. Only new fromware needs to be programmed in PIC chip.

Adjustment pots and jumper will be without function after installing the new firmware.

Implementation of this application in Rocrail is scheduled.

Some turnouts have a way of sudden change of the frog, which does not allow the polarity to change in the middle position of the motor.

In that case the use of MGV84 is impossible and MGV84s is the solution.

MGV84S uses standard cheap relays, and will switch power to the frog after the servo motor has stopped.

The small disadvantage is that for each turnout one relay should always be on.

The interface will switch off power to the frog, and only will repower it after the new position has been settled.

The rest of the unit, including the way to adjust all positions, is mainly the same as MGV84.

For each turnout there are three individual settings to be made: 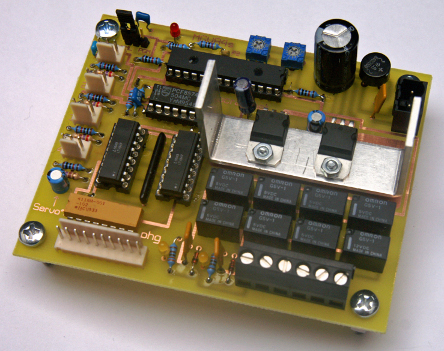 The Switch and Input address should be numbered according your own plans. 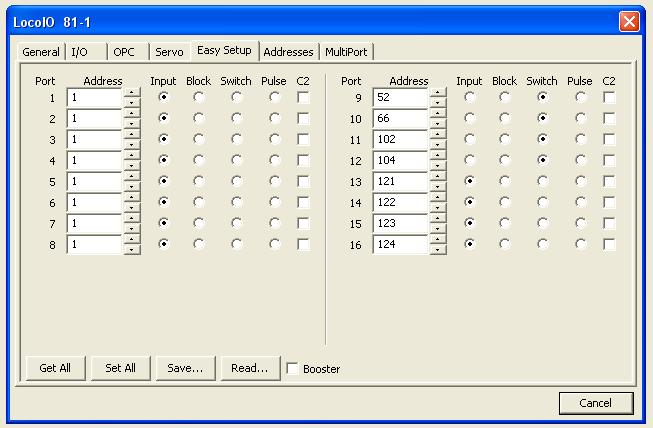 To set these parameters in the standard software, follow the next steps: