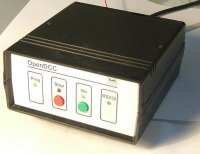 The decoders on the layout listen to commands coming from the Command Station. Each decoder has its own address. If a decoder gets a command with its address, it will do something.

Each digital locomotive has a decoder that listens for commands to start, stop, reverse direction, or trigger functions that turn on a light or play a sound. 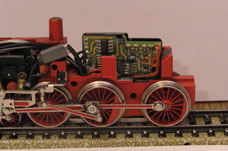 There are external decoders for turnouts, signals (semaphores), and other devices like turntables which convert the digital commands into electrical actions.

If you want Rocrail to run your locomotives automatically you need track sensors and feedback decoders to send events to Rocrail. Rocrail needs these events to determine where a locomotive is, tell it to stop, change direction, and go to another part of the layout.

A Command Station usually needs a transformer and a booster to work. The transformer gives the power, and the booster amplifies the Command Station's orders and sends them to the track. Older systems will have a separate transformer, booster and control unit. Newer systems may have all three in one single device. See the Rocrail Hardware projects for more information.