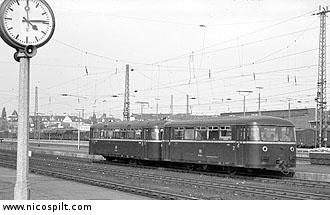 
Actions are used to switch loco functions and much more.
Actions are triggered by events or by time.


With actions there are many possibilities in automatic layout control, for example:


To setup an action up to three steps needed:


Except from clock triggered actions, after setting up an action nothing happens. After state of an object has changed, it's action controller calls every action, if the according conditions are matching.