For many railroaders manual driving is often the rule. Thus it makes sense to provide visual help, for turnouts (and possibly routes). This eliminates (particularly in unknown, unfamiliar installations) the necessity to memorize each turnout address. In addition, it is usually easier to push the relatively larger output buttons on a display than smaller turnout symbols.

This example is based on Rocrail's Demo plan.

Directional arrows (here removed) in the plan have no effect in manual mode operation.

Virtual routes are used to set all the necessary turnouts

In the left part of the plan from Block 01 to Block 02/03 multiple turnouts are set. "Several" turnout can mean one or more turnouts, see below, the left image "Action Control A2L") this is were we introduce the "Single-Button Method". (In this case one button is enough, as the target only comes from a single starting point, but usually two buttons are required).
Action Summary for "virtual" routes. Here a separate action is required for each turnout that needs to be changed. In both cases the respective actions are invoked, but not the turnouts themselves. The RESET action will be discussed RESET 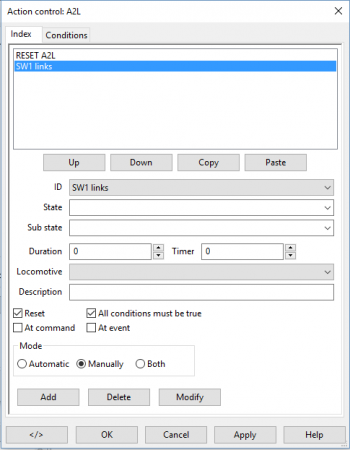 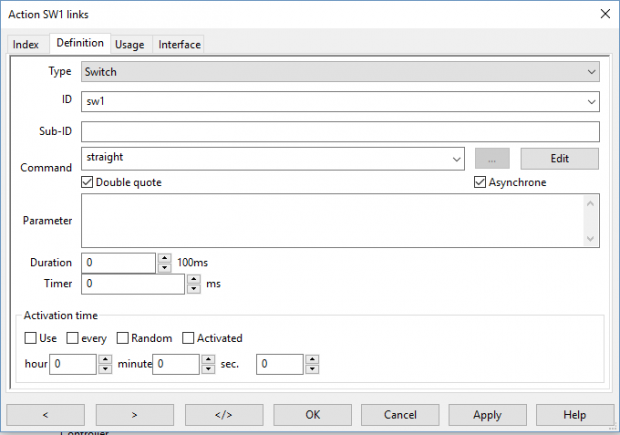 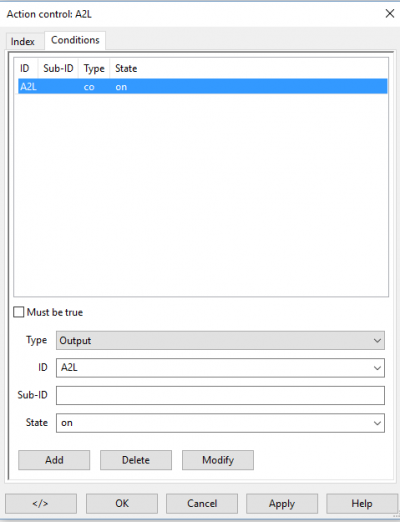 Indicator of the "Single-Button Method" is, that for a turnout/route action only one output needs to be created to trigger the required outcome.
"Action Control: A2L" (Tables→Outputs→General(A2L)→Actions(SW1 Links)→Condition)

Action summary for existing routes. Here only one action for this route is required.
The action "FS 02-04" for the route by Output A2R (on the right) and the definition for the route from Block 02 to Block 04 (to the right). The action RESET will be discussed RESET 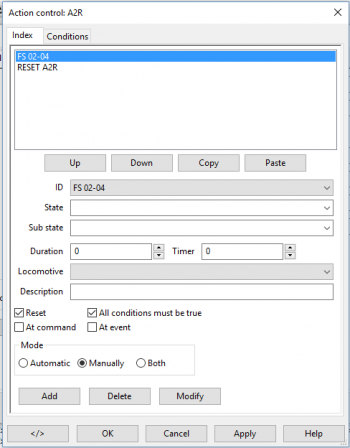 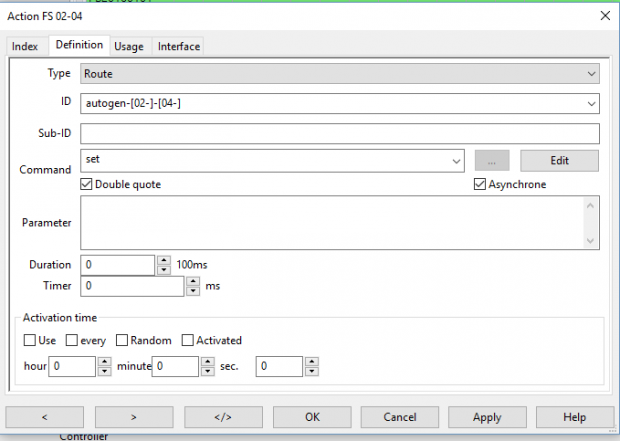 Feature of the "Double-Button Method" is, that by all turnouts/routes always both buttons need to be pressed. 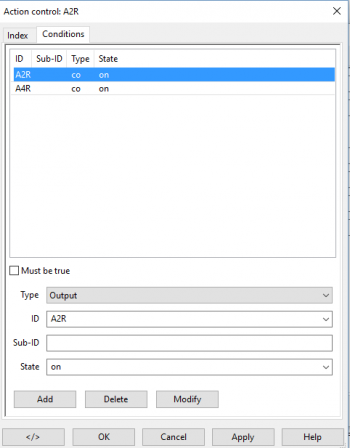 With this methods routes are made, but not locked. That is, each switch of a route can immediately be changed by another request.
In the daily use of the railroad, it shows that locked routes are far too complicated and impacts a smooth operation. 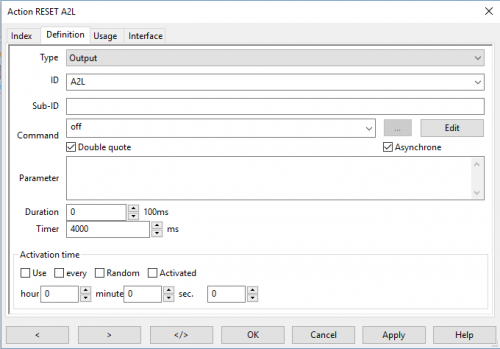 Wiki sites of routes, outputs and actions and an alternative