This interface is specially ment to be used with the nice Bohler WA2 turnout drive.
It provides an extra relay for high current switching of the polarity of the turnout frog..
Also a feed-back is generated, back to either GCA50 or CAN-GC2.
In case of wrong polarity of the frog, depending on how the drive is mounted, a fuse is on board to take care that everything will survive even with high current DCC power boosters.
Polarity is to be corrected by swapping the two booster lines on appropriate connectors HS1..4.
The fuse is self resetting and an indication led will show that the fuse is activated.
Also extra connection of a light in the turnout lantern is available.
The internal switch of WA2 is used to activate Frog relay. 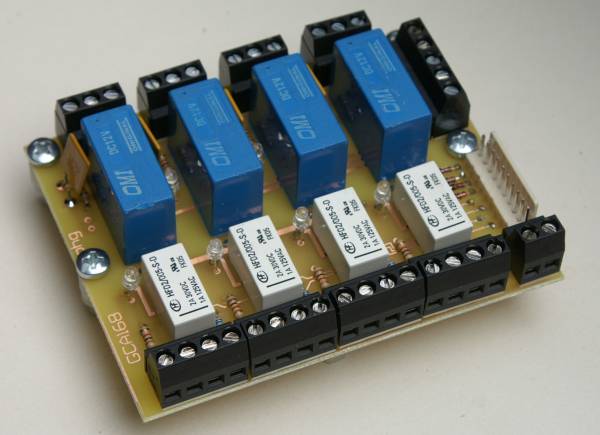