Signal Aspects and second next block

Most signal systems need to know if one ore more blocks ahead are free to determine the aspect.
Rocrail is able to provide such information to the signaling system if the property Reserve second next block is set in the rocrail.ini: 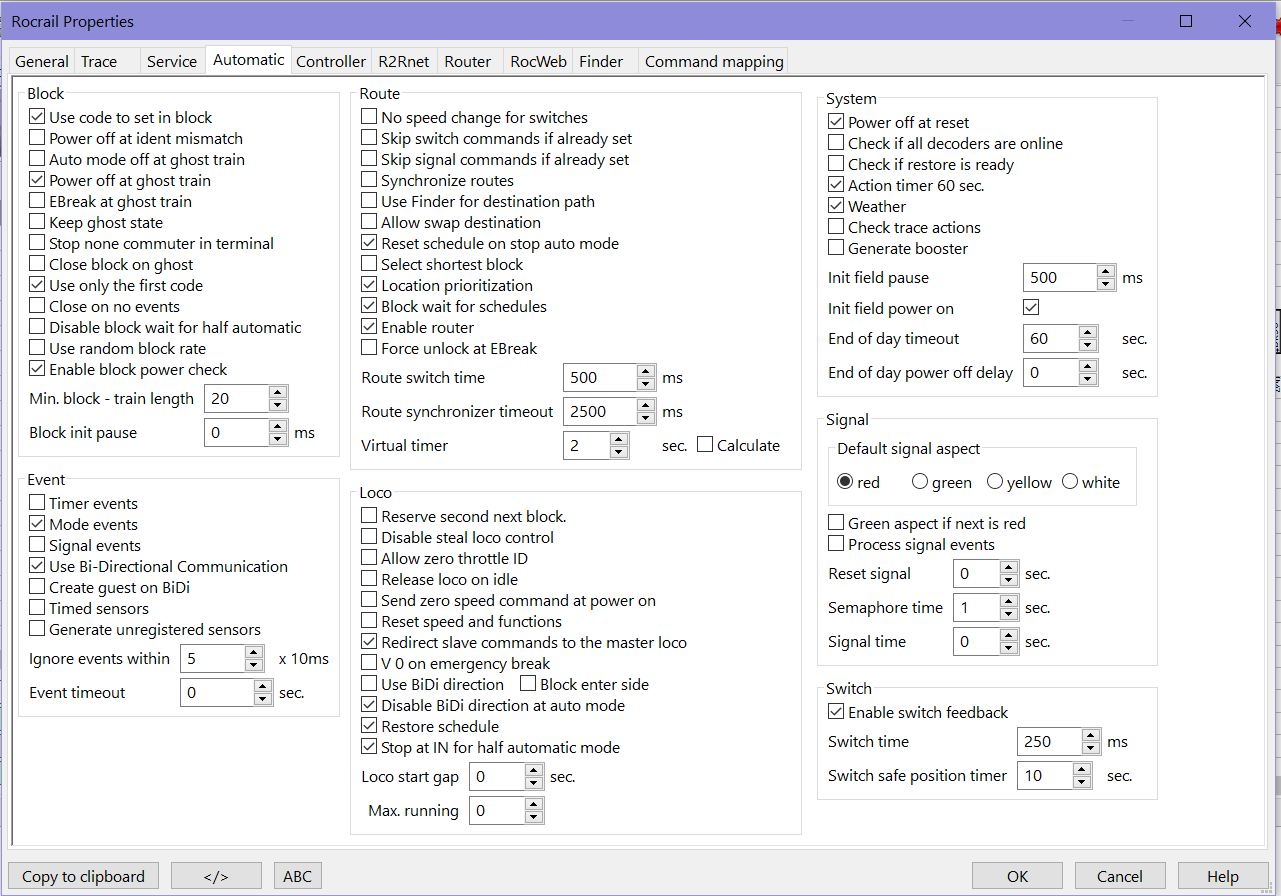 This flag is global and for all trains.
To classify trains it is better to leave this flag unset but use the individuals found in the Loco Details Tab. If only Inter City trains have this flag set it will give some better runs.

In the following example the train starts in block 1 and has to wait in block 5. The running direction is from left to right and block 4 has routes to block 5 and 6, and block 9 routes back to block 1.
Screen shots are provided for every sensor event.
The example can be tested with the DDA or DDX library by simulating sensor events with mouse clicks.


A white aspect is set incase there are thrown switches in the route instead of green for no break expected in next block. (svn2513)
For example if after the wait in block 5 the train is free to run to block 7 and 9, the signal aspect for block 5 would be set to white.

Map the white aspect on green or yellow if it cannot be shown by the hardware signal decoder or the signaling system.

sometimes there is also a number board. The number multiplied by 10 is the speed in km/h for the train

remark: the color white is not used. A flashing signal could be used in some circumstances but in model railroad in my opinion not necessary. But:

flashing green : allowed to pass with the velocity number multiplied by 10 next block is free

flashing number and aspect yellow : allowed to pass with the velocity number multiplied by 10 keep braking the next signals aspect could be red.