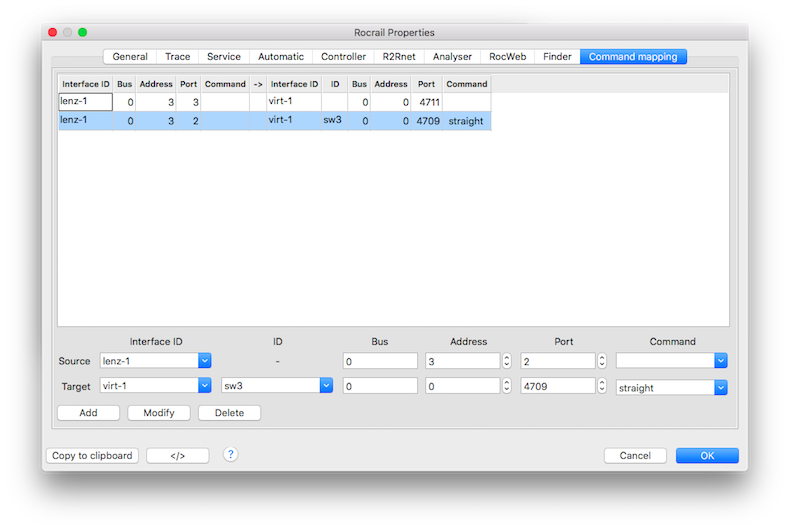 The source is what the Command Station reports to Rocrail without changing the addressing scheme.
Therefor the Rocrail Server trace should be checked which IID, address and port is reported by setting a switch with a mobile throttle.

The target should resemble the addressing used by the switch definition in Rocrail.
If the ID is set the command will be redirected to the switch object instead of directly to the target Command Station; The Bus, Address and Port fields may be left empty.