CTC support introduced a route locking itself with its route ID.
This new phenomena can be used for manual routes:


CTC can also be used with virtual buttons instead of real hardware.
Use the sensor symbols as button and map them to the virtual CS. The same addresses must be used in the route CTC setup.
However the sensor button solution needs some extra fine tuning to behave like a button.
As alternative to sensors the output object could be extended to behave like a button but sends the same command as a sensor to trigger a sensor emulation.

Idea : go with manually controlled locomotives in auto mode without creating a Ghost in the block . 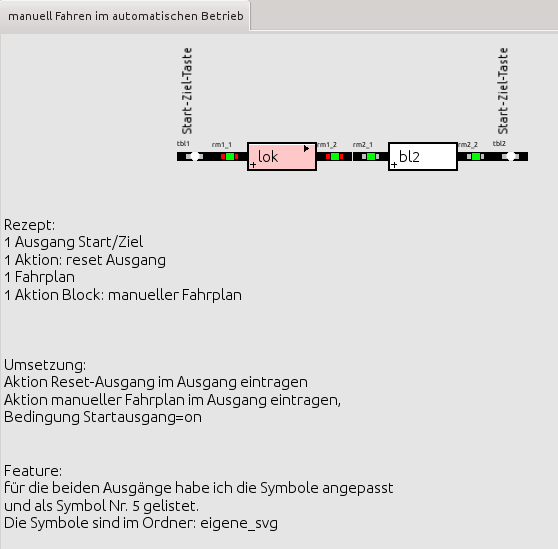 Feature:
A new symbol is used for the two outputs. Symbol no. 5

if you need more information, see the example: manual_routes.zip