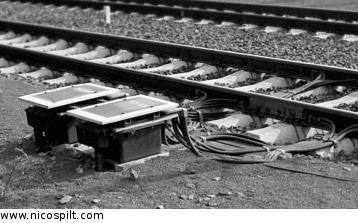 Feedback from the layout is one of the most important things a controlling program can get. Sensors send signals back to the computer when they are activated by a train passing through them.

Rocrail uses sensors to read where things are as it controls the layout.

Real railroads use sensors for the same thing, to allow their crews to know where trains are, and control those trains on the rails.

A digital layout without sensors cannot be run in Automatic Mode by Rocrail. In this case, Rocrail is just another throttle you can use to control the locomotives and turnouts manually. Sensors add a new level of enjoyment to the layout by allowing Rocrail to run trains automatically.