The description of the functionality of the examples can be found here.

The Rocrail workspace for the examples can be found here.

The corresponding inverse operations are not (yet) described here:

Some additional information to "link train":

The Rocrail plan does include the XML-coded examples for "consist", "assigntrain" and "linktrain".
The plan file may be used to play with "manual" operation and to play with "action" performed solutions.
The plan file may be used for executing the XML-scripts:
* there is an output button to initialize all predefined locomotives and trains.
* there are output buttons to start the examples for "consist", "assign train" and "linktain".
* there is an output button for generating "go" or "govirtual" commands for the locomotives.

- display of the Rocrail plan - 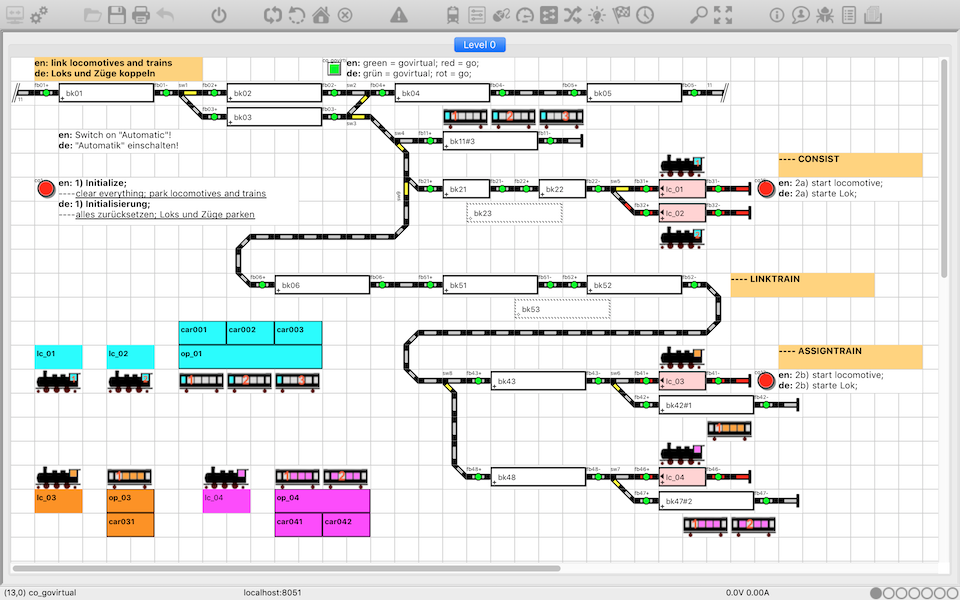 The trains are already predefined. Trains and locomotives have their predefined initial places.

Link another train to a train.

Link another train to a train.
As an action it is available with Rocrail Version 15542+.

Link another train to a train.