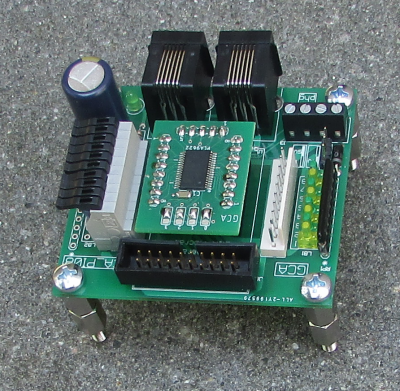 The final Pi08 will be addressable in the range from 0x60 to 0x6F for driving 256 separate LED outputs connected to one RocNetNode/Raspberry Pi.

The PCA9622 must be programmed after every system power on.
RocNetNode will scan this I2C range at startup or after using the RocNetNode Dialog and will setup the found chips.

The following registers will be set automatically:

Note: The dimming speed could be influenced by the number of LEDs which have to be set at the same time.

This is both for simple and medium complex signals up to 8 LED and max. 10 aspects. For more complex signals the macro type should be used.
Only the RED address will be used as offset for all LEDs.

See: Aspect Values
The number of controlled LEDs will be calculated from the aspect values. 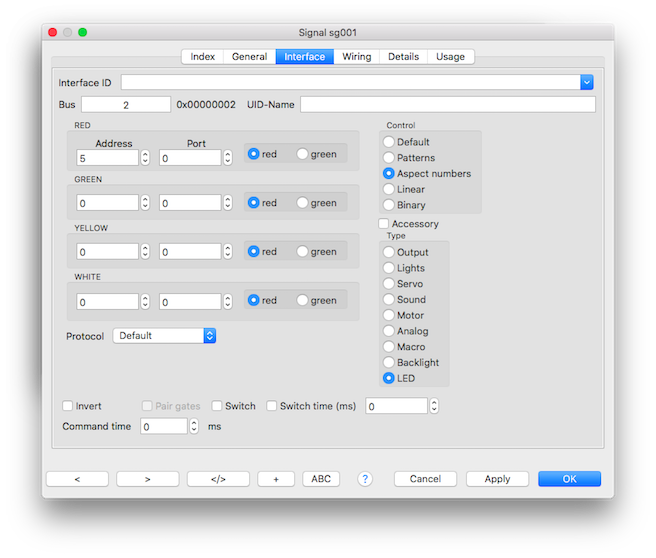 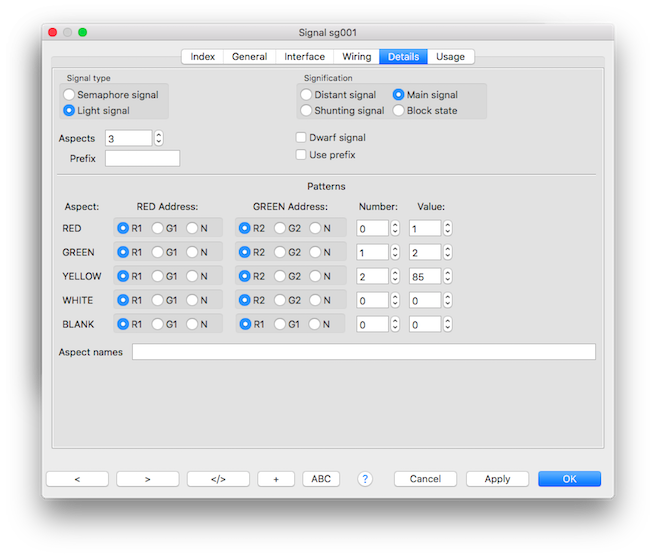 There are 3 brightness modes available:

The LED Type is also supported in the macro setup.