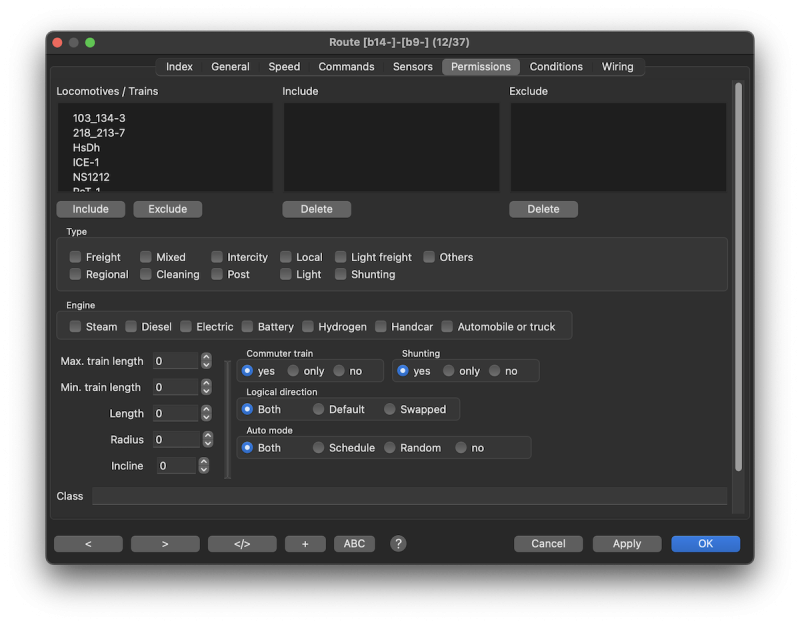 Specifies which train types are allowed. All are allowed if no train type is selected.
Further information is found Here.

If set greater than zero it will be compared with the length of the requesting train.
The route cannot be used when the train length (+ Min Block - Train length) exceeds the max. train length allowed.

If set greater than zero it will be compared with the length of the requesting train.
The route will not permit it to use when the train length is less then the min. length allowed.

Length of the route between IN of the starting block and ENTER of the target block
This length is used for Realtime Calculation in Virtual Automatic only.

This option will reject all normal trains to use this route.

All logical directions are allowed.

Only the default logical direction is allowed.

Only the swapped logical direction is allowed.

Schedule and random are both allowed.

Only trains running a schedule are allowed.

Only trains without running a schedule are allowed.

The route will not be used in automatic mode.

The allowed Loco Eras. All are allowed if no Era is selected.